Main Highlights of the Scheme 2021

Before we move on to the details of this scheme. You may check out the basic information about Make in India given in the following table.

There are three stated objectives of the “Make in India” Scheme as listed below.

Apart from the objectives mentioned above, there are many other objectives that are supposed to be fulfilled by the “Make in India” scheme.

Primarily, the motive of “Make in India” is to attract investors to India by making it a perfectly suitable country for doing business. Given below are some progress made by the program in this field.

Make in India 2021: As a Global Campaign

The Government of India has left no stone unturned as far as transforming “Make in India” into a global campaign. Given below are some major steps by the government towards this campaign.

Make in India is a very sophisticated scheme that covers 25 sectors of the economy as explained below. We have also listed some of the major developments in these sectors as given below.

Make in India 2021: Other schemes launched to support

There are several schemes that are launched by the Government of India to support the Make in India program. Some of these schemes are as follows.

It is true that there are hurdles and challenges faced by the make in India scheme. Some of the challenges are as follows.

Despite having a lot of challenges Make in India has some very positive outcomes as well. Some of these outcomes are as follows.

Well, there can be a very long debate regarding whether Make in India is a success or a failed scheme. However, we can let you know about the few facts that you should know.

As you can see there are many targets that are not meet by the Make in India. Here, are some suggestive measures that the government can follow to fix the drawbacks in the Make in India scheme. 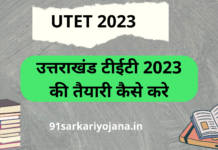